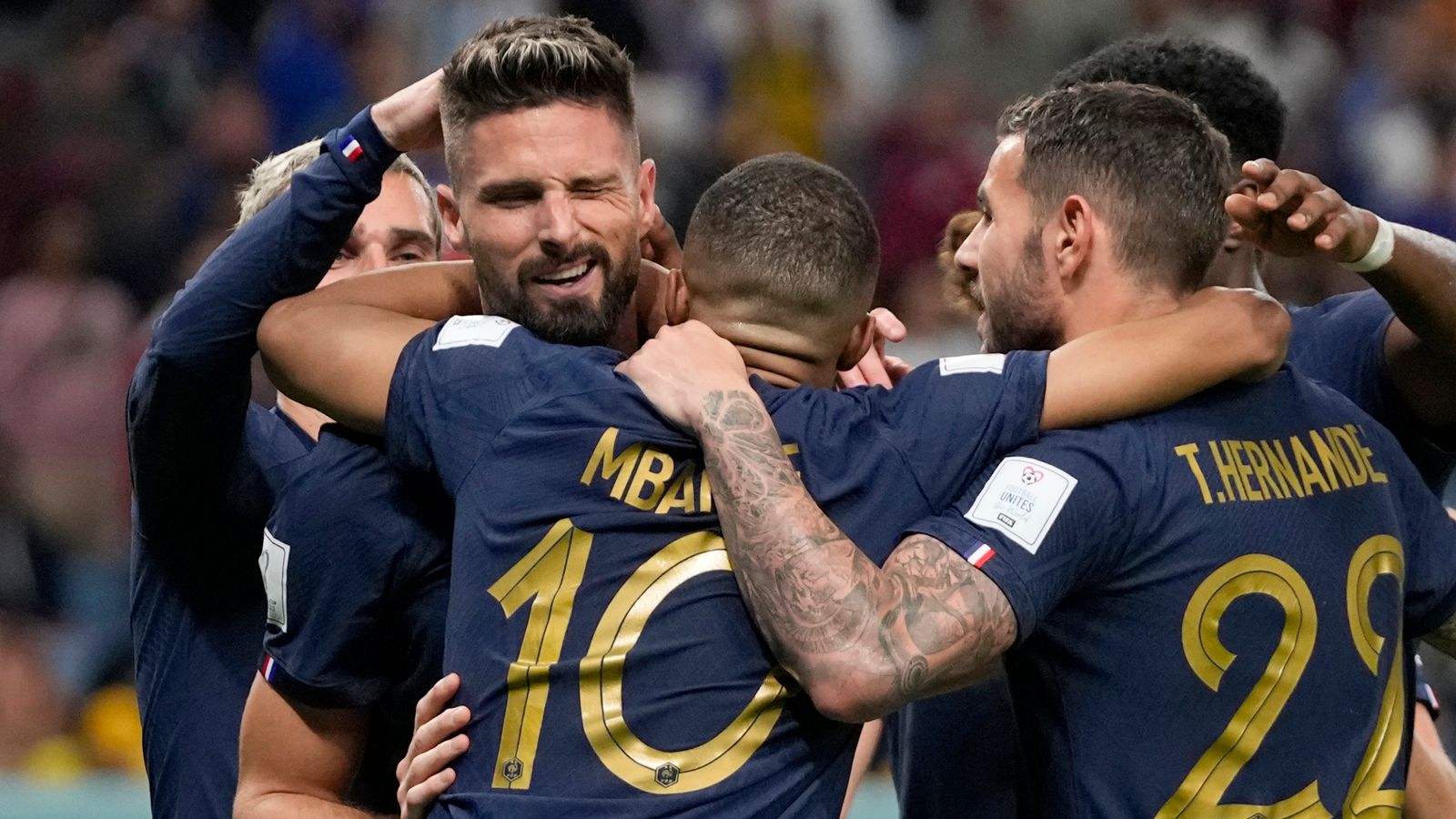 
On a day that began with one of the biggest shocks in World Cup history, Didier Deschamps' side risked going the same way that Argentina had against Saudi Arabia when Craig Goodwin put Australia ahead inside the first 10 minutes of the match.

But goals from Adrien Rabiot and Olivier Giroud put France ahead before half-time and the quality told in the second half with Kylian Mbappe emerging as the star of the show. He scored the third and then set up Giroud for the fourth with a magnificent cross.

That goal moved the 36-year-old Giroud level with Thierry Henry as France's all-time record scorer with 51 goals for the men's national team. It is a record the magnificent Mbappe will surely break one day.